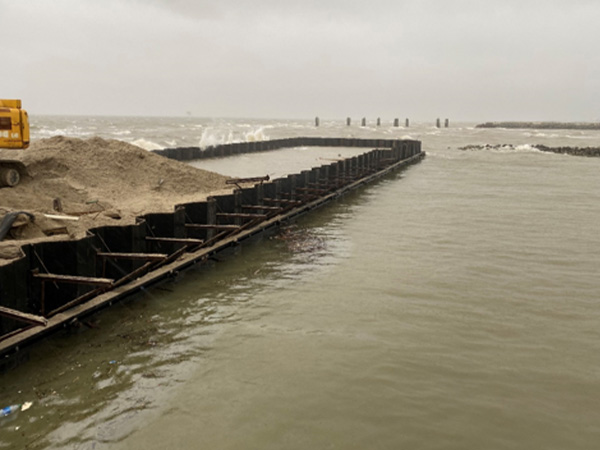 GET provided soils explorations and geotechnical engineering studies for the $3.2 million renovated Fort Morgan Pier for the Alabama Department of Conservation and Natural Resources.  The pier renovation included the installation of approximately 1,000 linear feet of sheet pile bulkhead surrounding the existing L-shaped wooden pier.  The new pier was constructed to encapsulate the original pier since it was deemed a historical site.  Barges were sunk during the World War II era to be used as a temporary pier and the site was later developed when a fishing pier was constructed around the barges.  The design and construction approach of the currently renovated pier was an effort to protect the historical items within the renovated pier.