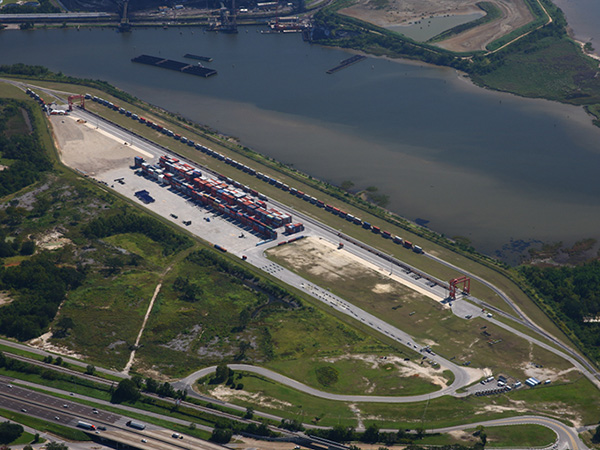 As part of the selected design build team by the Alabama State Port Authority, GET was responsible for providing the soils explorations and geotechnical engineering studies for the Garrows Bend ICTF.  The project included the construction of rubber tired gantry runways, railroad tracks, access roads, and chassis parking area, high mast light poles, an administration building, and major drainage structures.  A portion of the site had been preloaded but previously existed as a subdivision and a city park.  In 2008/2009 the site was diked and partially filled with primarily sand material hydraulically placed during port dredging operations.  GET performed soil test borings across the site and then conducted an extensive laboratory testing program for stability and settlement analyses.  Recommendations were made for all project structures including multiple pavement sections (including roller compacted concrete) based on process utilization.  GET performed the quality control for the project.