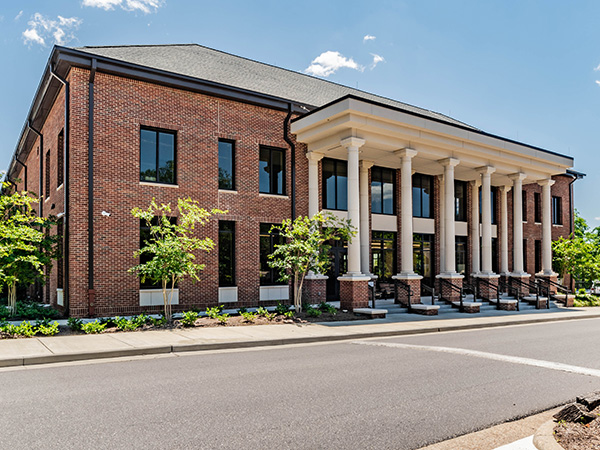 GET provided the soils investigation and geotechnical engineering evaluations for the Student Center at St. Paul’s Episcopal School.  The 2-story steel structure has a footprint of almost 19,000 square feet with a brick veneer exterior finish.  The finished floor elevation varies from 2 to 14 feet above existing grade requiring considerable fill soils within the building limits.  During the site investigation, GET found the near surface soils to be very loose sands that would allow excessive settlement of the structure if not modified prior to construction.  The existing sloping terrain also required the design and construction of a 350 linear foot retaining wall varying in height from 2 to 12 feet running along the eastern portion of the structure to retain fill soils for the structure.

Geotechnical evaluations included settlement analyses/estimates and bearing capacity analyses.  Analyses were also performed for the retaining wall and soil parameters provided for the design of the wall.  Recommendations were made to support the structure on shallow foundations once required site preparations were complete.  Since near surface soils were found to be very loose sands that could allow excessive settlement, GET provided several recommendation options to either remove/re-compact soils or increase the relative density of the soils by installing rammed aggregate piers.  The decision was made to remove/re-compact on-site soils once construction bids were received and reviewed.  GET provided professional engineering services through the construction phase as well as Special Inspections and construction materials testing services.