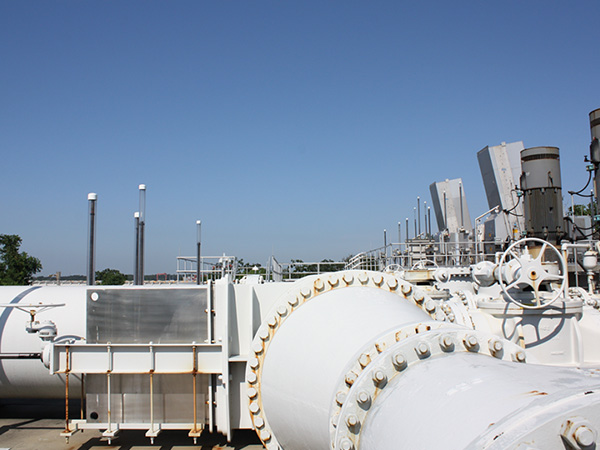 GET was responsible for performing soils explorations and geotechnical engineering studies for an expansion at the West Jackson County Regional WWTF. The expansion included three new pump stations, four lift stations, relocation of a pump station, a new splitter box, and construction of four new wetland cells for treatment of wastewater. The wetland cells varied in size from 18 acres to 21 acres each.

The soils explorations for the project were conducted over a relatively large area however, soils were generally firm relative density sands to stiff consistency clays. This allowed the structures to be founded on shallow foundations. The area where the wetlands were constructed was developed by almost balancing the cut and fill operations required to construct the cells. GET soils explorations did not find suitable material on-site from the cut operations to construct the impermeable liner for the wetlands and had to recommend off site fill material be brought in. For the structures included in the scope of work, GET performed evaluations and provided bearing capacity recommendations for foundations varying in depth below grade foundations. Potential groundwater issues were also addressed for both impact to foundation design capacities and as well as potential construction issues.