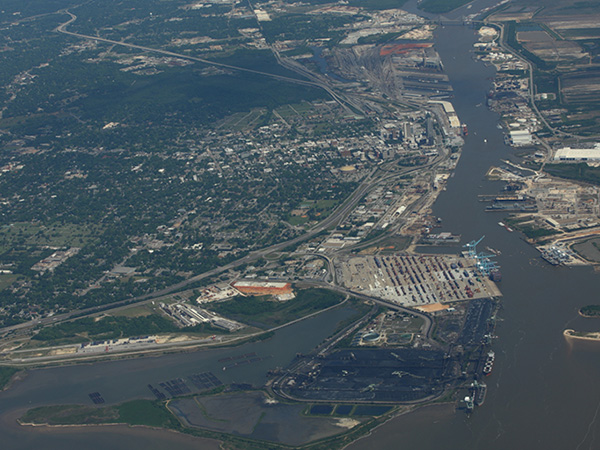 The soils explorations for the various projects have included hundreds of soil borings, including static cone penetration tests and extensive laboratory testing programs performed on soil samples recovered from the borings and the pile load tests.  Engineering evaluations included settlement estimates, embankment stability analyses with soft soils, pile capacity estimates/recommendations, and bearing capacity analyses for the various structure foundations.  The pile test programs have been extensive and numerous pile options analyzed for the projects.  Pile load tests were performed for the offshore structures and land structures using various lengths and types of piles.  Adjustments were made for the pile capacities for overburden conditions varying from that during the installation such as for changes in dredge depths, groundwater conditions after construction, and drag loads on the piles.  Criteria developed from these load tests were utilized to control the installation of foundations for the various structures of the facility.

GET provided engineering oversight through construction as well as pile installation monitoring and construction materials testing for the ASPA.