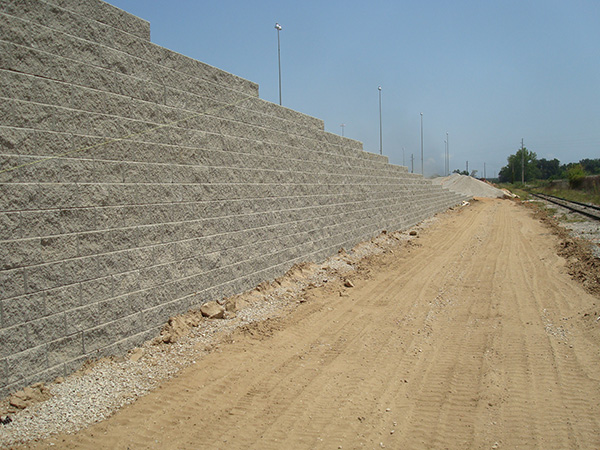 GET provided the soils explorations and geotechnical engineering evaluations for the Michigan Avenue Bridge Replacement over the CSX Railroad south of I-10.  The project included the replacement of the existing bridge structure with two new 72-foot spans making the new bridge approximately 80 feet shorter than the original bridge but elevated 2 to 3 feet higher.  The new bridge abutments were constructed 40 feet inside the location of the existing abutments.

Due to the shortened bridge length, mechanically stabilized earth walls were constructed to retain soils at the new abutments.  Since the replacement bridge was 2 to 3 feet higher than the existing structure, approach embankments were analyzed for stability and recommendations provided for fill soil placement.

During construction, GET provided geotechnical engineering support and construction inspection services through its Construction Engineering Inspection contract with the Alabama Department of Transportation.