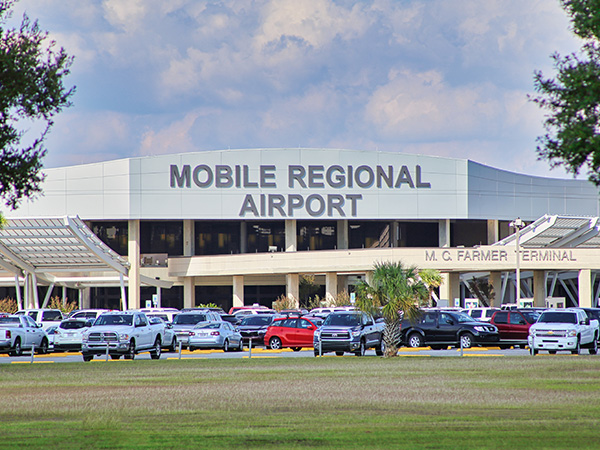 GET provided the soils exploration program and construction materials testing during the initial construction of the Regional Airport in Mobile, Alabama as well as for numerous subsequent improvements and expansions over the years. The original construction was in 1983 and it was a multi-million dollar facility comprised of a main terminal and concourses with bridges, a tower, two runways, taxiways, tarmac parking areas and roadways. It was constructed at the general location east of the then existing airport. The entire project, including the soils exploration program, was accomplished with minimal interference to existing airport operations. All Federal guidelines for airport construction were followed.